A Most Beautiful Thing …. Film Screening and Pizza

The film chronicles the first African American high school rowing team in this country (made up of young men, many of whom were in rival gangs from the West Side of Chicago), all coming together to row in the same boat. In the words of Arshay Cooper, the writer of the memoir which inspired this documentary, “There was something about the water that gave us peace. That was something that we all had never felt before. And we all needed that.”

A MOST BEAUTIFUL THING explores not only the safety these young men found on the water, but the trauma of violence and cyclical poverty, examining how these young men were able to support each other in reimagining a different future for themselves, and how rowing and the water provided the backdrop for that opportunity. In the film, these young men came together, after 20 years out of the boat, to race again, not only to celebrate the team’s founding, but the fact that they are still alive.

A MOST BEAUTIFUL THING is narrated by the Academy Award/Grammy-winning artist, Common; executive produced by NBA Stars Grant Hill and Dwyane Wade along with Grammy Award-winning producer 9th Wonder; and directed by award-winning filmmaker (and Olympic rower) Mary Mazzio. NOTE: The film is UNRATED, but recommended viewing for ages 16 and above. The film contains 3-5 minutes of interviews relating to rape as a result of intergenerational trauma, as well as some mild profanity. 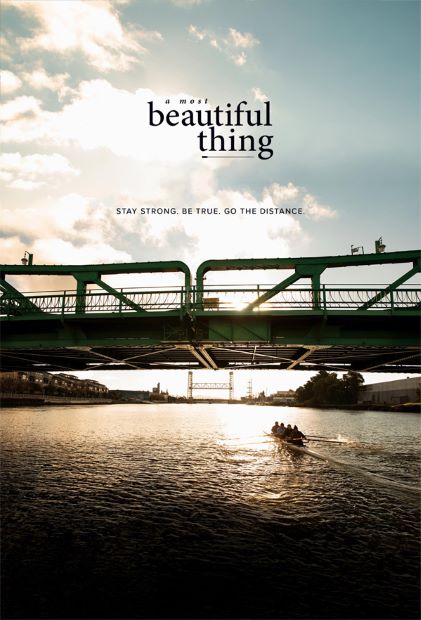